If you are in the technology sector you are probably familiar with Moore’s law, which describes the exponential advances in computing hardware that have occurred over the past 50 years.  Specifically, Gordon Moore, who was one of the co-founders of Intel, observed that the number of transistors that can be placed on an integrated circuit doubled every two years.  There have been several adaptations of Moore’s law in other computing sectors.  For example, Butter’s Law describes how the amount of data coming out of an optical fiber doubles every nine months.  Kryder’s Law explains the exponential increases in hard disk cost per unit of information.  Similar metrics have been demonstrated for pixels per dollar in digital cameras and RAM storage capacity. 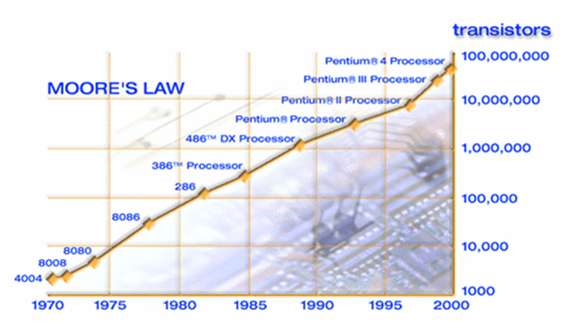 In my last post on Wheel of Fortune and Technology Marketing, I introduced a concept called GG3SC which described on the popular use of industry buzzwords in technology marketing literature.  GG3SC refers to the six most popular buzzwords being used in the IT services sector in 2009 – Global, Green, Software-as-a-Service, Social Networking, Services Oriented Architecture and Cloud Computing.  GG3SC, of course, is a compilation of the first letters from each of the six buzzwords.  Since every vendor uses these same terms to describe their offering, the inclusion of these buzzwords has become undifferentiated and relatively pointless.  The GG3SC principle would be that unless otherwise stated, readers of technology marketing literature should assume that the vendor’s products adhere to all six buzzwords.  This would save both marketers and end-customers precious time by eliminating the approximately 1/3 of all marketing content which contains the same undifferentiated positioning.   Wheel of Fortune took a similar approach when it started to give its contestants the letters RSTLNE during the bonus round rather than going through a selection process that resulted in the same choices 99% of the time.

I have observed a principle in the technology marketing sector, which I would like to name Sajak’s law.  Pat Sajak is, of course, the host of the popular game show Wheel of Fortune.  Pat also hosted a late night talk show on CBS in the early 1990s and perhaps, most importantly had a cameo appearance in Airplane II.  Sajak’s Law states that the time it takes technology vendors to embrace new buzzwords in their marketing literature is cut in half every year. 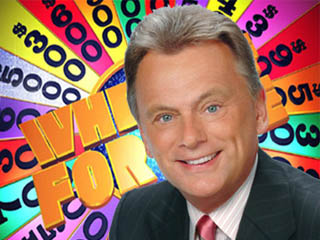 Following the introduction of a new concept such as SOA by industry thought leaders, there is a mad rush by technology vendors to adopt the new terminology into their messaging and positioning.  In an effort to be viewed as the leader in the latest trend, vendors begin bombarding their customers with aggressive promotions around the latest buzzword terms.  The process happens so quickly that few customers actually have time to filter the noise to determine the true meaning of new terms.  After a few months, the terms cease to have any value, because every vendor claims to have adopted the principles.

Unfortunately, the problem will only get worse as the agility of technology marketing organizations is only likely to increase as time passes, consistent with the Sajak’s Law concept I introduced above.  Until then a GG3SC rule might be the only option.

One thought on “Sajak’s Law of Technology Marketing”